As Jesuit Social Services celebrates its 40th anniversary, share in these 10 facts about our organisation. Some might surprise you!

While social enterprise has been a popular model in recent years, Jesuit Social Services started working in the training and employment space in 1984 when we provided direct employment opportunities to 18 young people in horticulture, landscaping and general labouring on three acres of land in Collingwood. 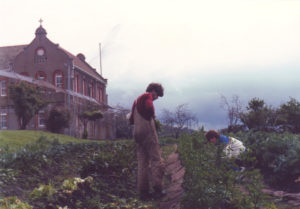 2. We use culture-specific responses.

In response to the rising number of young Vietnamese in custody in Victoria, we employed a specialist youth worker in 1992 – the first Vietnamese person in Victoria to stand in court with offenders.

Our Connexions program was the first dual-diagnosis program to operate in Victoria when it began in 1996. The program provides support to young people who are experiencing both mental health and substance abuse problems.

4. Remember the Pentridge Prison tours? That was us.

Upon the closure of Pentridge Prison (Melbourne) in 1997, Jesuit Social Services ran public tours for 14 months which attracted 350,000 people. This was a successful community education program and fundraising activity, raising enough funds to purchase our current property at 10 Dawson St Brunswick. 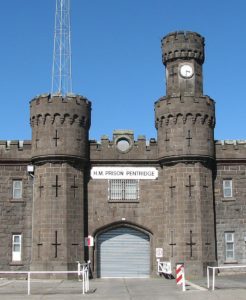 In 1999, Jesuit Social Services initiated the establishment of ‘The Edge’ (a partnership, between our justice programs, Caraniche and Malmsbury Juvenile Justice Centre) – a first as a drug treatment unit within a juvenile justice setting established by an outside organisation.

Such was the impact of its findings, our 2007 research into locational disadvantage in Australia, Dropping off the Edge: the distribution of disadvantage in Australia, was pivotal in the establishment of the Prime Minister’s Social Inclusion Board. An updated version of the report was published in 2015 and continues to have significant impact across the various spheres of community wellbeing.

7. We’re part of a worldwide network of Jesuit educators. 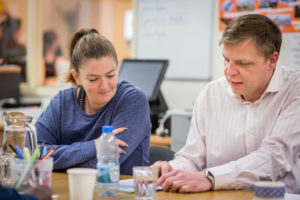 8. Our programs are evidence-based.

Research conducted in 2013 found that for every one dollar invested in the African-Australian Inclusion Program, stakeholders were receiving an equivalent of $4.64 in social value.

9. Our relationships are built on trust.

Our work with African communities in Melbourne and Indigenous communities in Central Australia began with an invitation from community leaders following our successful history of capacity building work with disadvantaged communities.

10. We’re there for people in their most vulnerable times.

Support After Suicide is the only free professional suicide bereavement program in Victoria offering a range of support including face-to-face counselling.